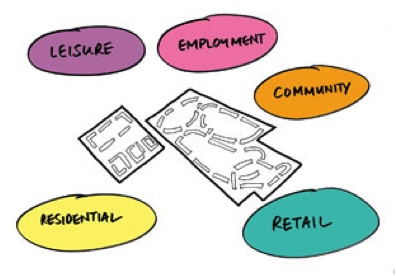 The three H3 stations lie in the London Borough of Harrow and form a golden triangle of opportunity for:

Harrow on the Hill

In a nutshell, it is the latter point that is most significant. H3 provides access to an incredible transport hub into central London, out to the London suburbs and further a field to the Chilterns, Midlands and South coast via:

Over the last three years, London Borough of Harrow has become one of the most improved boroughs in London. Its leadership is driven and has finally woken up to the boroughs potential for explosive growth. It is now rolling out free super fast WiFi in all of Harrow’s busiest public places.

The planned redevelopment of the 57 acres Kodak site by Land Securities lies in the heart of the H3. This will radically transform the corresponding neighbourhoods by integrating residential, leisure, commercial and infrastructure opportunities.

H3 in the next 10 years will be the catalyst for revitalising this part of London and in the process shake up the reputation of Harrow as a whole. Investors will learn to love H3 as prices start to rise by 20 per cent annum. Could this be the next London property hotspot ?

For the past seven years I’ve been on the road all around the UK with One Enterprise Ltd – my social housing consultancy. Just last week took me to Mile End (East London), Ampthill (Central Bedfordshire) and then onto sunny Elgin (Moray, Scotland). In all that time I have extensively relied on social media, such as LinkedIn and Twitter to promote the wares of the company and maintain contact with an ever growing UK housing network.

Taking on associates and partners to help expand the business in recent times, has finally meant having (or being encouraged) to invest in a website and finally build the One Enterprise Website.

People say “choice” is a good thing. The journey to finding a suitable web design company was compounded by the sheer volume of choice out there – catering for every audience and price tag to boot.

In the end deciding to select eWorx http://www.e-worx.co.uk/ as the right web design team came down to three main factors:

However, the real value of developing the One Enterprise Ltd website has been to focus the business on:

We welcome all your comments, reviews and suggestions for improving the One Enterprise Ltd website.

© 2020 One Enterprise. Designed by eWorx